3
ADDED TO MY GARAGE
VIEW MY GARAGE
Your garage is empty.
Save some vehicles to get started!
Already have a garage? Sign in!

The 2019 Honda Passport: The Perfect Model for Its Era It is often said that the greatest minds are recognized only after their death to illustrate the tragedy of people ahead of their time. This metaphor can sometimes be applied to products that were introduced to the market at a time when consumers were not ready to give them the welcome they deserve. The Honda Passport is one of those products that quickly disappeared from the market at the beginning of the millennium after its introduction less than a decade ago. Is it possible that this midsize crossover was just launched at the wrong time? That’s the bet Honda is making with the 2019 Passport, and Honda is winning. Now that the Passport is here, we invite you to make your own opinion at Okotoks Honda, minutes South of Calgary –  the #1 Google Rated and Reviewed Honda dealership in Calgary, Alberta and Canada.

Its Time Has Come

The Honda Passport was discontinued just 16 years ago, in 2002, after spending less than 10 years on the market. Indeed, this midsize crossover was introduced in 1993 as a response from the Japanese manufacturer to models like the Isuzu Rodeo. Unfortunately, it did not have the success that Honda expected, which prompted the manufacturer to remove the model from production after only two generations. Why bring back on the market a product that did not meet expectations fairly recently? It’s easy to answer this question: the SUV and crossover market has never been more dynamic, and Honda is trying to position this product as a niche within a niche.

Honda, however, seems to have learned from its past mistakes and offers the 2019 Passport quite different from his ancestor. The company’s spokespersons promise a “more personal, powerful” intermediate crossover, one that will be more “off-road-capable”, while still remaining perfectly comfortable and suitable for urban driving. That’s an ambitious proposition…

Are you the kind of person who always wants to give the underdog a chance and reward manufacturers’ boldness rather than their excessive caution? If your answer is yes, there is a fair chance that the 2019 Honda Passport is for you. Make the short trip to Okotoks Honda, your local Honda dealership minutes from Calgary. With competitive prices, attractive lease rates and guaranteed trade values, you’ll get the best deal and experience you deserve.

Come into Okotoks Honda, the #1 Google Rated and Reviewed Honda dealership in Canada and the winner of 2018 Honda Driving Excellence Award.

Test drive the new 2019 Honda Passport while you get a guarantee trade-in value.

0 comment(s) so far on The 2019 Honda Passport: The Perfect Model for Its Era 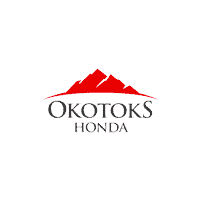